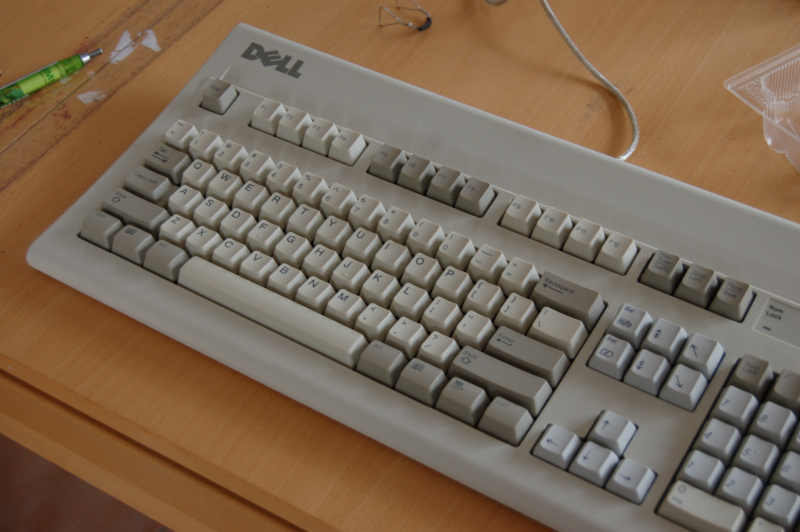 I modified my Dell AT-101W keyboard to really clicky ALPS switches with rubber dampers. Only the main area has been modified. The future goal is a keyboard that consists only of a main area. For now the existing AT-101W will do it.

I cannibalized two other keyboards:

I found the AEKII at ebay and got it for 1 Euro. It has a german layout, so I could not use the keycaps for the ANSI-layouted target keyboard. 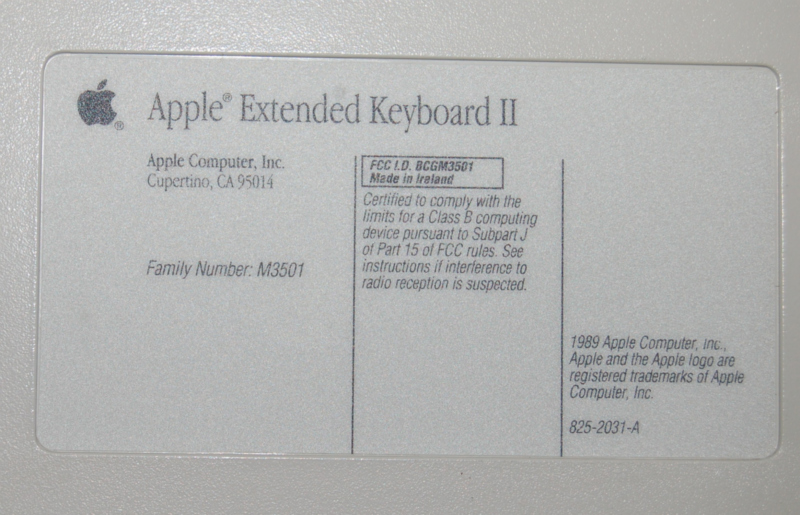 The AEKII has non-clicky ALPS switches with rubber dampers, which I like. They don't click, what I miss. 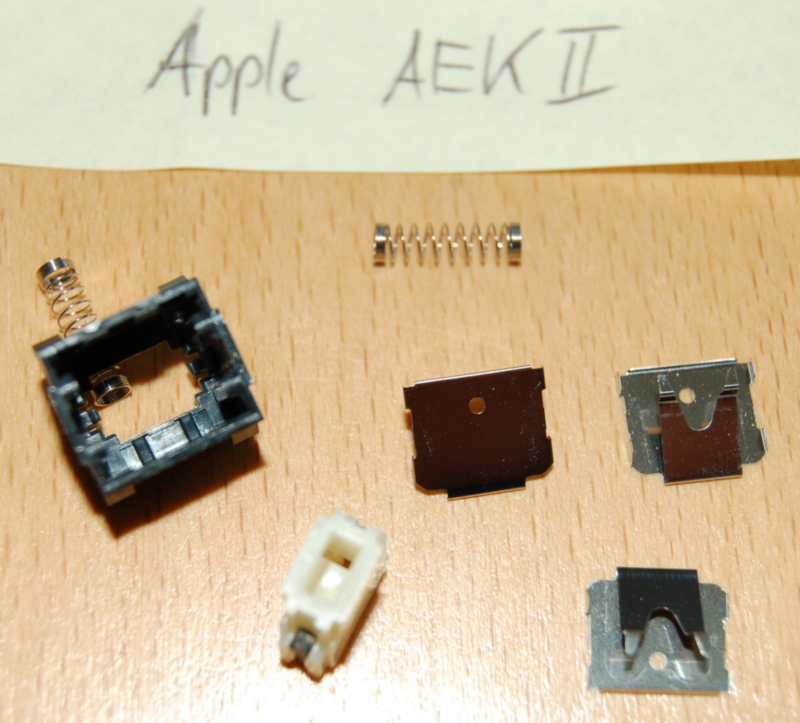 I got the focus FK-2002 as a gift from my brother-in-law Daniel. It lacks the body, but it is fully functional. 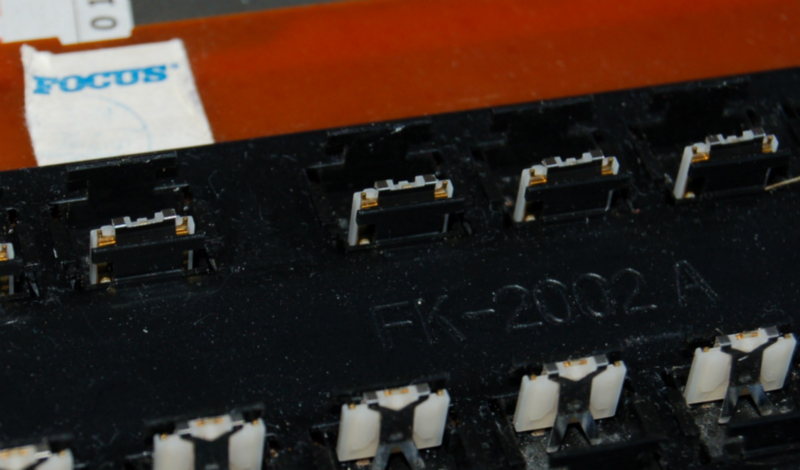 The focus FK-2002 has white clicky ALPS switches, which I like. They have no rubber dampers, so they give a cheap release sound. 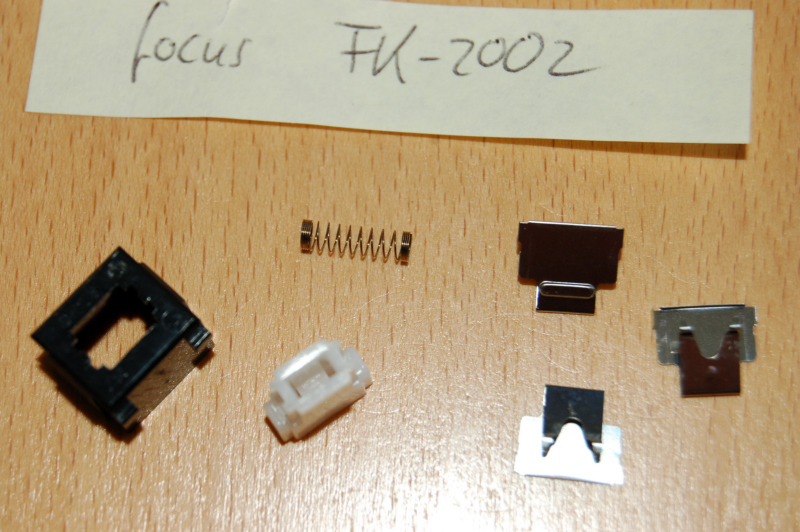 The original Dell AT-101W has black non-clicky ALPS switches. They feel OK, but they sound poor. 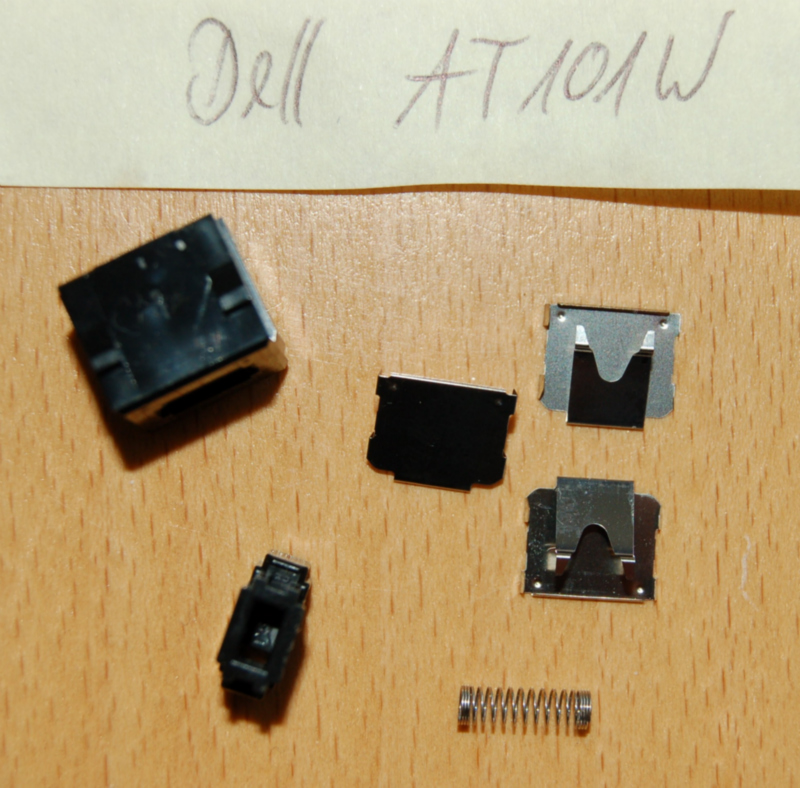 I removed the keycaps and disassembled the keys of the 3 keyboards. 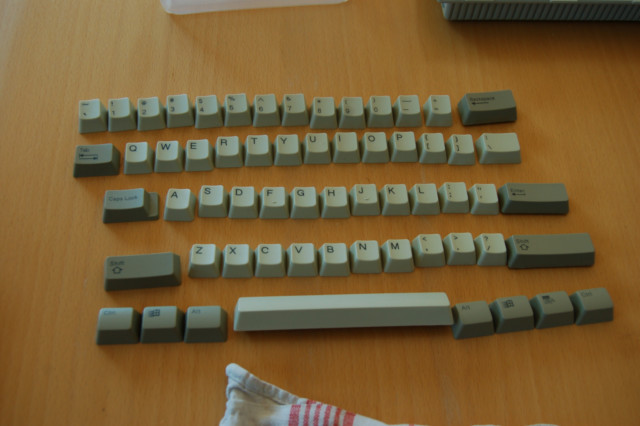 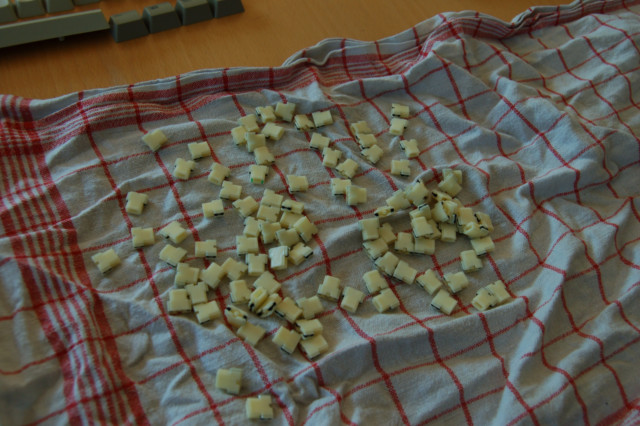 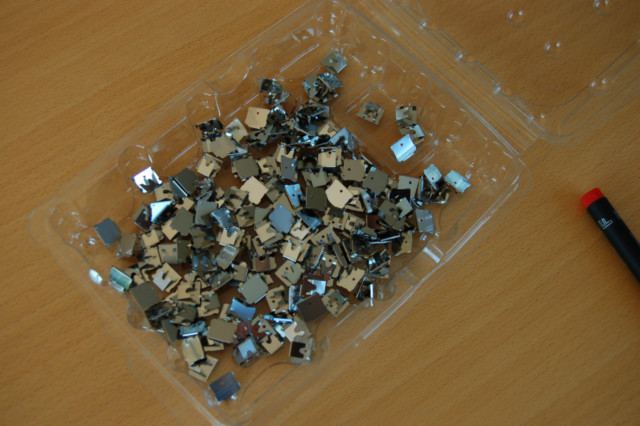 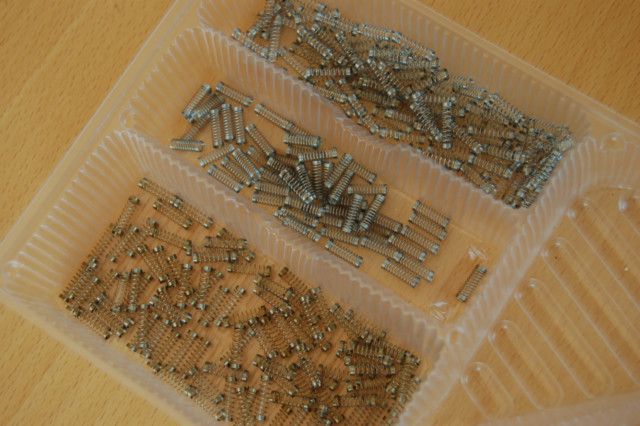 All parts were cleaned with an ultrasonic cleaner 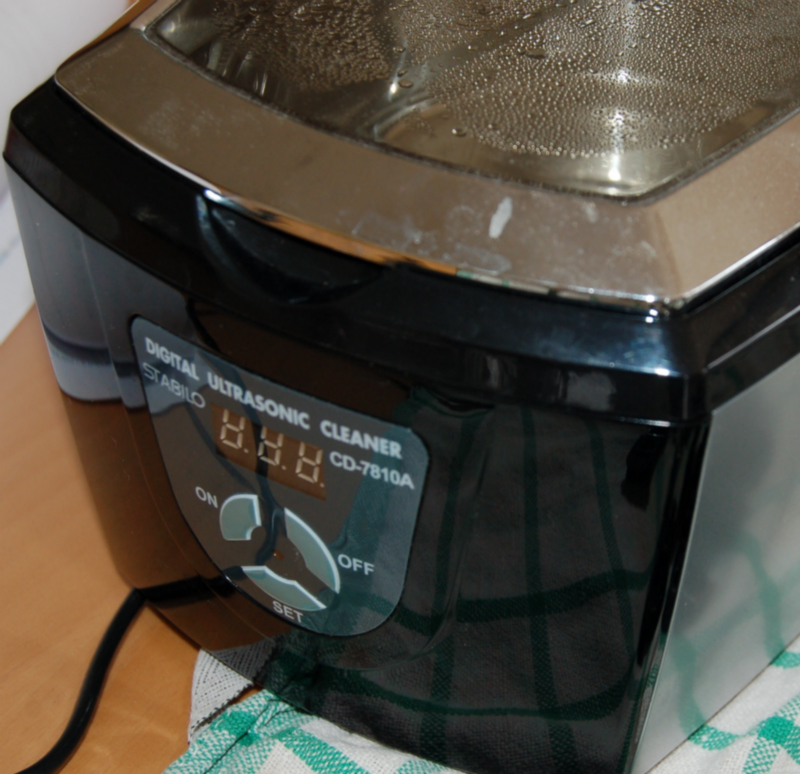 I assembled the clickdamp keyswitch from: 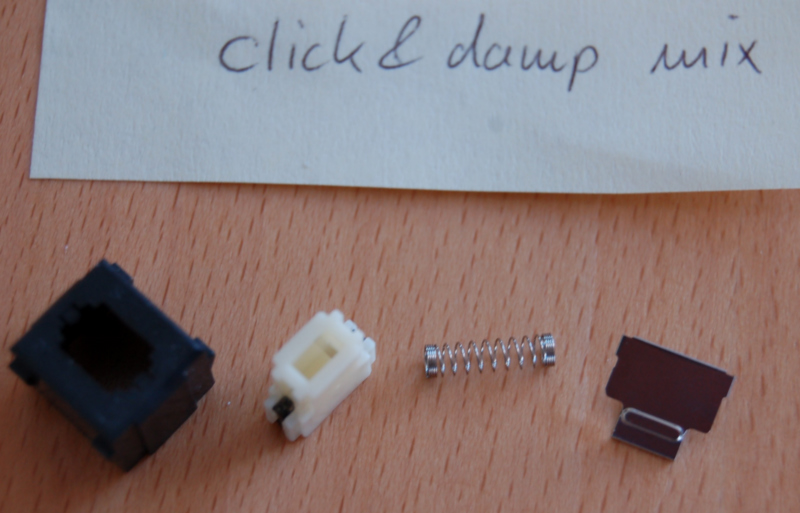 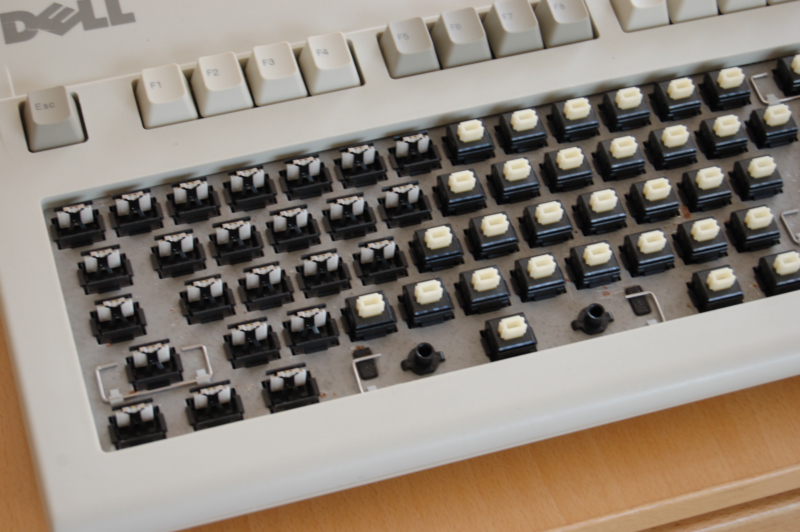 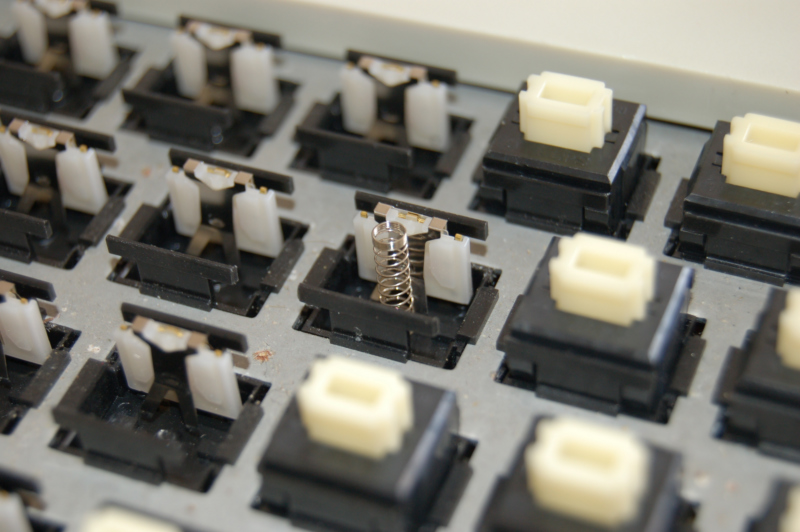 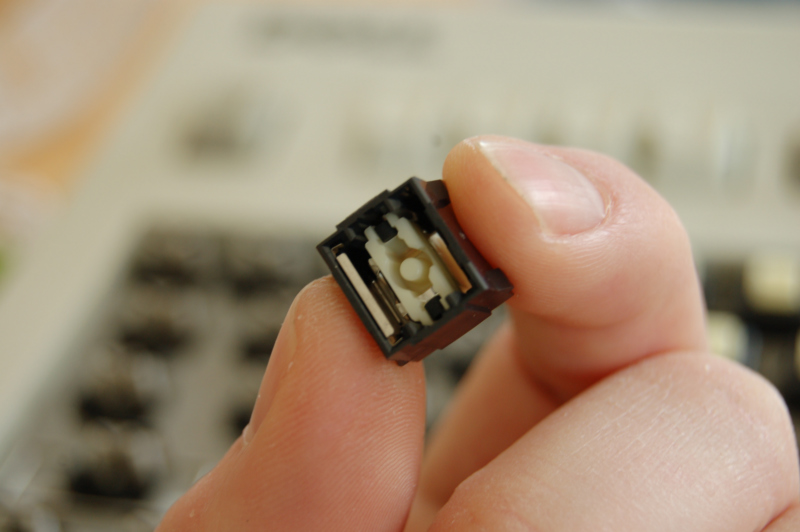 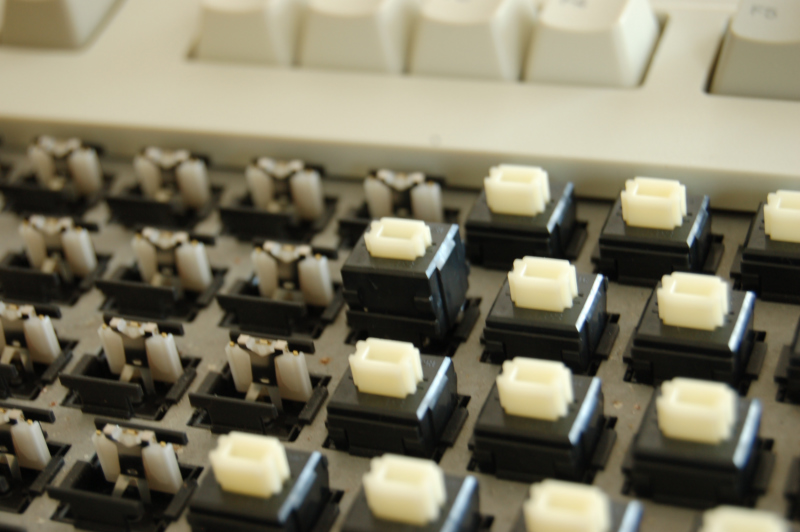 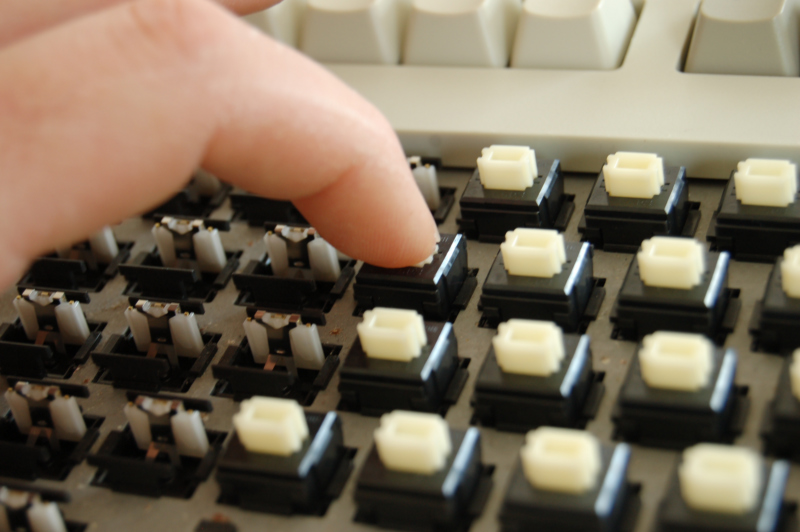 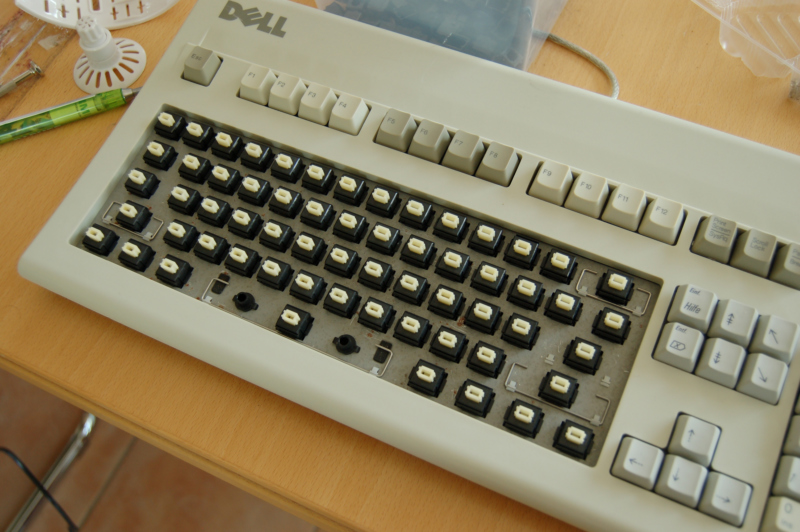 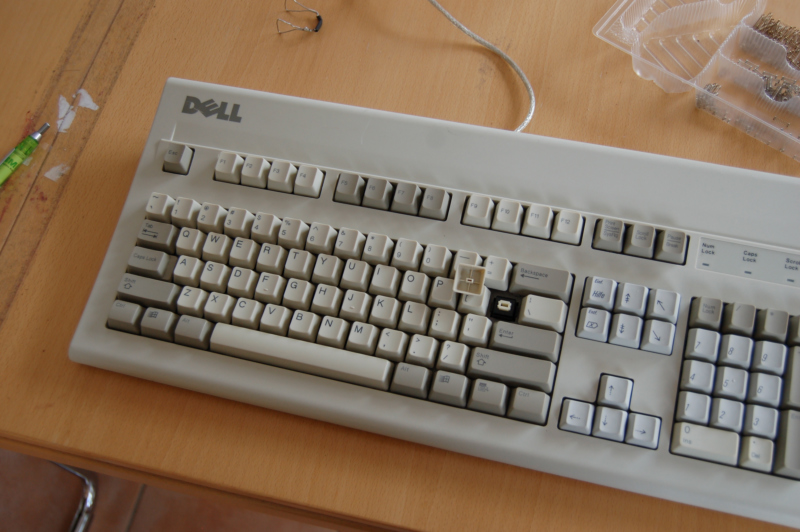 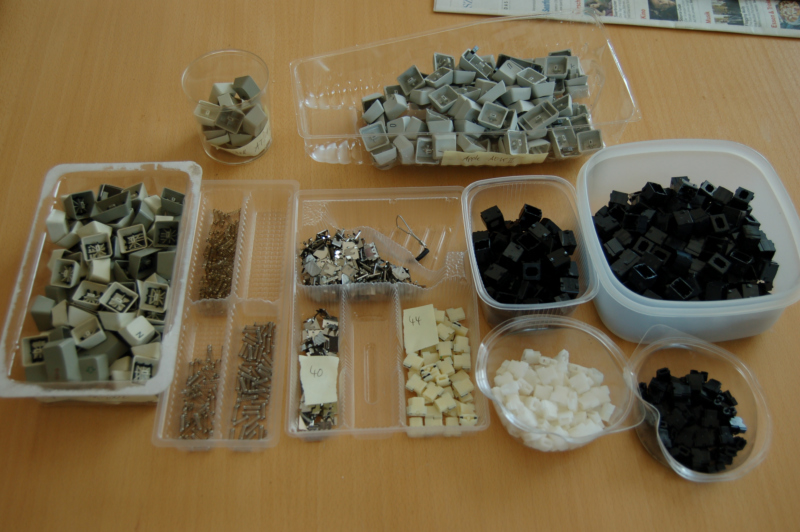